"Walsh's music reflects a wide range of classic rock, blues, jazz, and folk influences. As a guitarist and songwriter, we hear echos of Santana, Clapton, Floyd/Gilmour, Mark Knopfler, and Zeppelin, to name a few. His lyrics combine a love of storytelling with soul-searching emotions, humor,  and poetic imagery."

I recently collaborated with painist and composer Dan Schrieber, a fellow TEAM member. Dan reached out and asked if I would play some guitar on a track he was working on called "Laid Back". I was delighted to give it a go! A few months down the road, Dan reached back and shared the track he had created working with Producer and TEAM founder Gary Gray, and I was blown away! They had re-worked the song around my guitar track and produced a beautiful, chill track that I just love! Dan's awesome keyboard solo is a real highlight for me! I hope you enjoy it (no fancy image here, just a great instrumental track)! Executive Producer Gary Gray, Founder and CEO of Transcend Entertainment and Music (TEAM) and Voting Member of the Grammy® Recording Academy.

Producer Gary Gray writes: "Announcing the World-Premiere Music Industry Release of yet another masterpiece recording by K. Walsh titled Fly, Fly Away! This jazz-influenced instrumental takes the listener on a flight of fancy over the landscape of a swinging 9-bar chord progression. Lively drums and a tight grooving bass line support the rhythm and the masterful lead guitar work that tell the musical story of this jamming journey. Come Fly, Fly Away! Featuring the inimitable Ian Arthur Newman on bass and drums. Executive Producer Gary Gray, Founder and CEO of Transcend Entertainment and Music (TEAM) and Voting Member of the Grammy® Recording Academy."

This song is a Texas blues-influenced rock instrumental (think ZZ Top) with a progressive edge, co-produced and engineered by award-winning producer/engineer Gary Gray. The track taps into the persona of the well-known actor Liam Neeson and his tough-guy roles, combining crunchy, driving guitars with a percussive energy (perfect for a film soundtrack or commercial ... I'm just saying!).

HAND ME YOUR HEART

Produced working with award winning composer, producer, and engineer Gary Gray, Hand Me Your Heart is about the challenges and beauty of a life-long love - "it ain't all roses and it ain't all wine, but it's as sweet as ever it could be..." (with a sly wink and a nod to my Christine's fascination with Halloween).

I hope you find inspiration from the spirit of this rock instrumental. Keeping The Dream Alive is the title of my 2014 EP, and what I do every day as I strive to work on completing a full length record, and other key goals in life. Keep those dreams alive my friends!

I used the comic strip application Pixton to create Willy and to illustrate much of the story that is Lotto Dust. I think it turned out pretty cool. After you check out the video, the story of how the song came about is kind of interesting - check it out here!

A simple video for a beautiful, soaring song. At the time I released this, I would have to say it was my proudest musical accomplishment thus far (but I've been learning and working hard ever since and some of the new work in progress easily vies for that title!). BTW, I want this played at my funeral please. Seriously. Paradoxically, that thought fills me with joy.

Hurtin' Up My Heart

This video was such a blast to create. The coolest part is where my son Ian used Adobe After Effects to make me rise up out of the iPad (and then later I’m jamming on the moon)! This song is on the EP Keeping the Dream Alive. 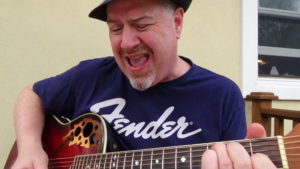 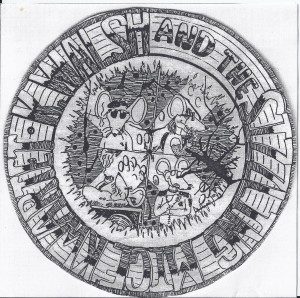 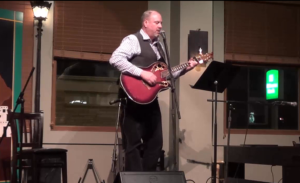 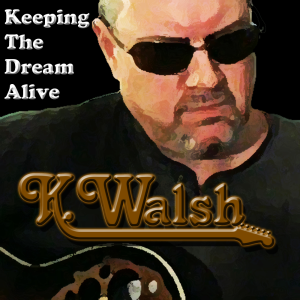 Listen to my EP, "Keeping the Dream Alive" on Spotify!
https://open.spotify.com/album/4IzfBlFCeXaMgMQT3zJoUz